Twitter Confirms It Is Testing a ‘Tweetstorm’ Feature on Android, iOS

Twitter’s under-testing Tweetstorm feature was spotted back in September, and at the time, was hidden from users. The feature allows the Twitterati to easily create chains of individual tweets that exceed Twitter’s 280-character limit for messages. Now, it’s starting to show on alpha and beta builds of the Twitter app for Android and iOS.

Twitter has confirmed to TechCrunch it is testing the Tweetstorm feature in both the alpha and beta programmes on Android and iOS platforms.

Meanwhile, in a major overhaul, the company announced to remove verification badges from users who violate its rules, adding that the micro-blogging platform is reworking on its entire verification system.

The Galaxy A5 (2018) and Galaxy A7 (2018) to have dual-band Wi-Fi
Both the next-gen Galaxy A series handsets to run Android 7.1 Nougat
Samsung support pages confirm the new development
Octa-core Exynos 7885 processor at a clock speed of 1.59GHz and 6GB of RAM

After taking the trend of bezel-less flagships to new levels with the Galaxy S8 and Galaxy Note 8 models, Samsung is now seemingly working on the next-generation of its Galaxy A series that would include fresh Galaxy A3, Galaxy A5, and Galaxy A7.The certificates of the Galaxy A5 (2018) and the Galaxy A7 (2018) provided by the Wi-Fi Alliance confirm the presence of Android 7.1 Nougat. The devices are also appeared to have dual-band, 2.4GHz, and 5GHz, Wi-Fi support with 802.11 a/b/g/ac specifications. Also, the Galaxy A7 (2017), which is likely to be the most superior model in the series, is documented with Wi-Fi Direct support and an additional 802.11n specification to use most of the available hotspots globally.

The Siri-controlled speaker was announced in June at WWDC
Its initial launch date was set for December
The HomePod will now launch in US, UK, Australia in ‘early 2018’

Twitter on Saturday suspended Pakistani’s verified Defence Account after it posted a photoshopped picture of an Indian girl.The morphed picture that was, which was later deleted, showed the girl holding a placard containing an anti-Indian Message.However, the original picture showed the Indian girl giving out the message of the “secular values of our constitution”. 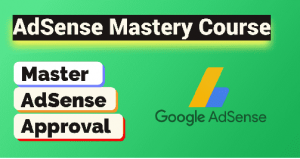